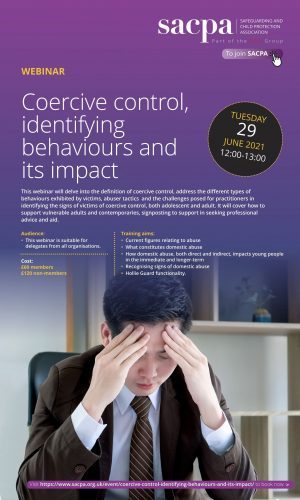 This webinar will delve into the definition of coercive control, address the different types of behaviours exhibited by victims, abuser tactics  and the challenges posed for practitioners in identifying the signs of victims of coercive control, both adolescent and adult. It will cover how to support vulnerable adults and contemporaries, signposting to support in seeking professional advice and aid.

This webinar is suitable for delegates from all organisations. 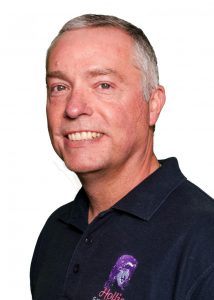 Speaker: Nick Gazzard, Founder, Hollie Gazzard Trust
Born and raised in Bristol, Nick Gazzard gained a BSc Hons in Geography and Geology from St Paul’s and St Mary’s Cheltenham. He played football professionally for Cheltenham Town FC and Forest Green Rovers FC and has worked for the past 30 years in financial services in broking, claims management and legal insurance. Nick is determined to increase awareness of domestic abuse and stalking and the devastation caused by these issues and spends a great deal of time campaigning. He has been instrumental in the Trust’s development and fundraising initiatives and works with the police to help improve services for victims. Nick also helps businesses to tackle domestic abuse and stalking in the workplace and is a member of the Public Services Protection Board.

Nick undertakes motivational speaking regularly in his drive towards helping others. He has spoken at Gloucestershire University at the ‘Behind Closed Doors’ domestic abuse and stalking conference and at the domestic abuse masterclass as part of the Gloucestershire Schools’ transition forum. He also undertakes training for Paladin National Stalking advocacy and has presented at the Individual Stalking Advocacy Caseworker (ISAC) accredited training course in London on coercive control. Nick also spoke at ‘Beyond the Bruises’ conferences in the capital on new domestic violence legislation and statutory guidance framework. In addition, Nick presented at Single Point of Contact’s (SPOC) ACPO training day in London involving the CPS and for South Wales’ Police conference on stalking at Cardiff Metropolitan University.

Any cookies that may not be particularly necessary for the website to function and is used specifically to collect user personal data via analytics, ads, other embedded contents are termed as non-necessary cookies. It is mandatory to procure user consent prior to running these cookies on your website.