Father of missing 7-year-old girl arrested in her disappearance

(CNN)The father of missing 7-year-old Harmony Montgomery has been arrested and charged in connection with her disappearance, according to court documents filed Wednesday.

Adam Montgomery, 31, has been charged with a second-degree felony assault charge, two misdemeanor counts of endangering the welfare of a child, and one misdemeanor count of interference with custody, the complaint states. 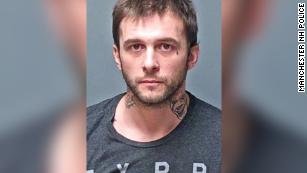 Adam Montgomery
New Hampshire prosecutors allege that Montgomery knowingly caused bodily injury to Harmony by “striking her in the face” sometime in July 2019; knowingly concealed her from the state’s Division of Children, Youth and Families (DCYF); and “refused to provide the Manchester Police Department information leading to the whereabouts” of Harmony, according to the complaint.
Montgomery gave Harmony Montgomery a black eye in July 2019 and gave conflicting accounts about when he last saw her, according to a redacted police affidavit filed Wednesday.
Montgomery waived his scheduled court appearance in New Hampshire on Wednesday and remains in custody, according to bail documents filed Wednesday. He has been ordered to have no contact with Crystal Sorey, Harmony’s biological mother, and with his wife.
Montgomery is being represented by a state court-appointed attorney. A message left for the state’s public defender office in Manchester was not immediately returned. CNN has also made multiple attempts to reach both of Harmony’s parents but has not heard back.
Manchester police officers began searching for Montgomery after Sorey reported to police on November 18 that Harmony was missing and she had not seen her in over six months. Police say they contacted the DCYF and checked addresses associated with Montgomery, but were unable to locate him or Harmony, the affidavit filed in Hillsborough Superior Court said. 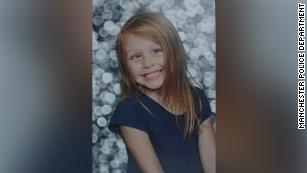 Harmony Montomery
Sorey told police she lost custody of Harmony in July 2018 due in part to substance abuse issues and made attempts to locate Harmony over the years by contacting various schools and driving by addresses associated with Adam Montgomery, but was unable to locate her, according to the affidavit.
Police said that over five weeks after Sorey reported Harmony missing to police, they were notified by DCYF on December 27 that the agency was unable to locate Harmony. The Manchester Police Department subsequently opened an investigation. Sorey told police she last saw Harmony during a FaceTime call with Montgomery around Easter 2019 and that Harmony “seemed frightened,” the affidavit states.
DCYF has not responded to CNN’s inquiries about when it was notified of Harmony’s disappearance, but a spokesperson for New Hampshire’s Department of Health and Human Services (DHHS) said in a statement that they “are limited on what [they] can say by federal and state laws requiring confidentiality of child protection cases.”
“We can confirm that as soon as the State learned that Harmony was no longer with her caregiver, immediate steps were taken and an investigation was initiated. Finding Harmony remains our top priority,” DHHS Communications Director Jake Leon said.
Members of the Manchester Police Department got in touch December 30 with Montgomery’s younger brother, who “had concerns that Adam was physically abusive.” Officers also interviewed Montgomery’s uncle, who said he had not seen his nephew or Harmony since late 2019. The uncle also told police that he saw Harmony with a black eye in July 2019 and notified DCYF. He said Montgomery told him he had caused the black eye by striking Harmony, who would have been 5 at the time, police said in the affidavit.
The affidavit also states that Montgomery’s uncle recalled to police other forms of “abusive discipline” against Harmony, including her being “spanked hard on the butt,” being forced to stand in a corner for hours, and being ordered by her father to scrub a toilet with her toothbrush.
The uncle has since started a GoFundMe to raise reward money for “anyone who can locate” Harmony.
Montgomery shares three younger children with his wife, Kayla Montgomery, all of whom are accounted for. Kayla Montgomery told police December 31 that she last saw Harmony around November or December 2019, that Adam told her he was driving her back to her mother in Massachusetts, and that she had not seen or heard about Harmony since. She also added that she had not been in contact with Adam Montgomery since November 2021 and that he was now living with another woman, the affidavit said.
Later that day, the police affidavit states that officers found Adam and his girlfriend sleeping in a car in Manchester. According to police, Adam initially said Harmony was fine and that he had seen her “somewhat recently.” However, he later said that he had not seen his daughter since Crystal Sorey came to pick her up around Thanksgiving 2019. He subsequently stopped answering questions by police and “did not exhibit much emotion or reaction” when police said they were concerned over whether Harmony was still alive, the affidavit states.
Sorey has “outright denied” ever taking custody of Harmony or ever seeing her after the FaceTime call around Easter 2019, police said.