Homepage | News | News | How many Britons have a mental health problem? One in four.

How many Britons have a mental health problem? One in four.

Ahead of World Mental Health Day, new YouGov research shows that approaching two thirds of Britons (63%) know someone who has a mental health problem, including a quarter (26%) who say they suffer from such issues themselves.

A third of Britons say they have a family member with mental health issues, 29% say a friend suffers and 15% list another acquaintance who does too. 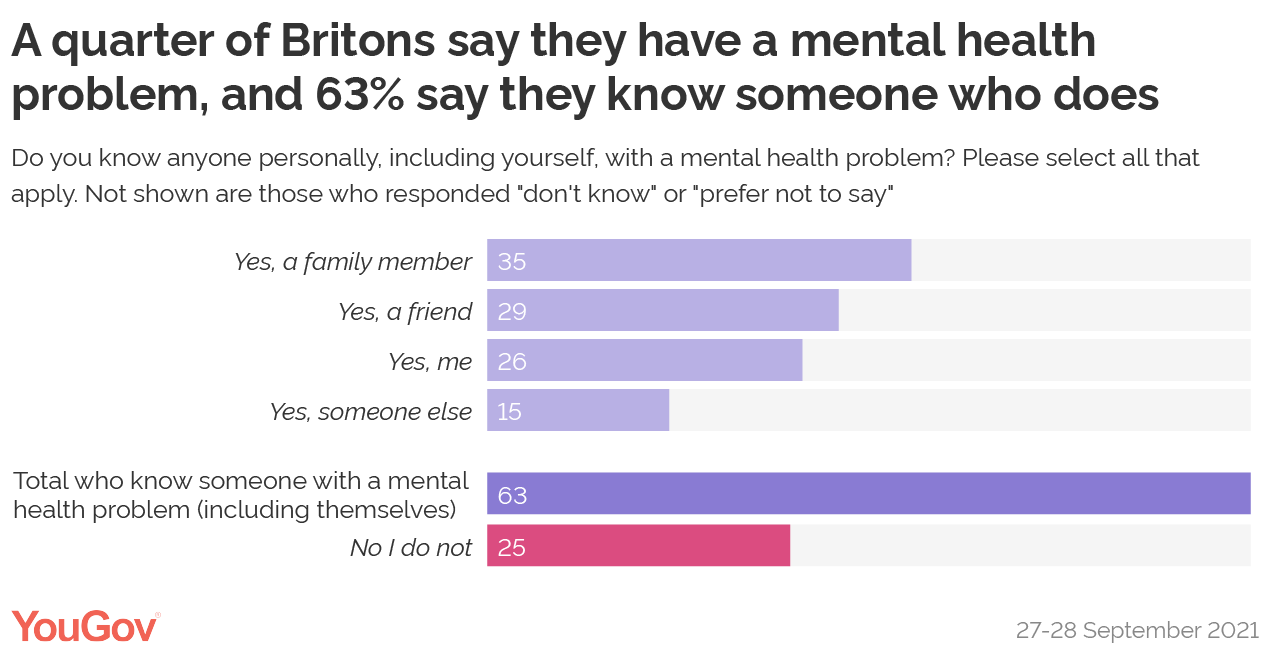 Only a quarter of Britons (25%) say they don’t know anyone with mental health problems, with the rest responding either ‘don’t know’ to the question premise (5%) or that they would prefer not to answer (7%).

The older Britons are, the less likely they are to say they know anyone with mental health problems, or to suffer from them themselves. 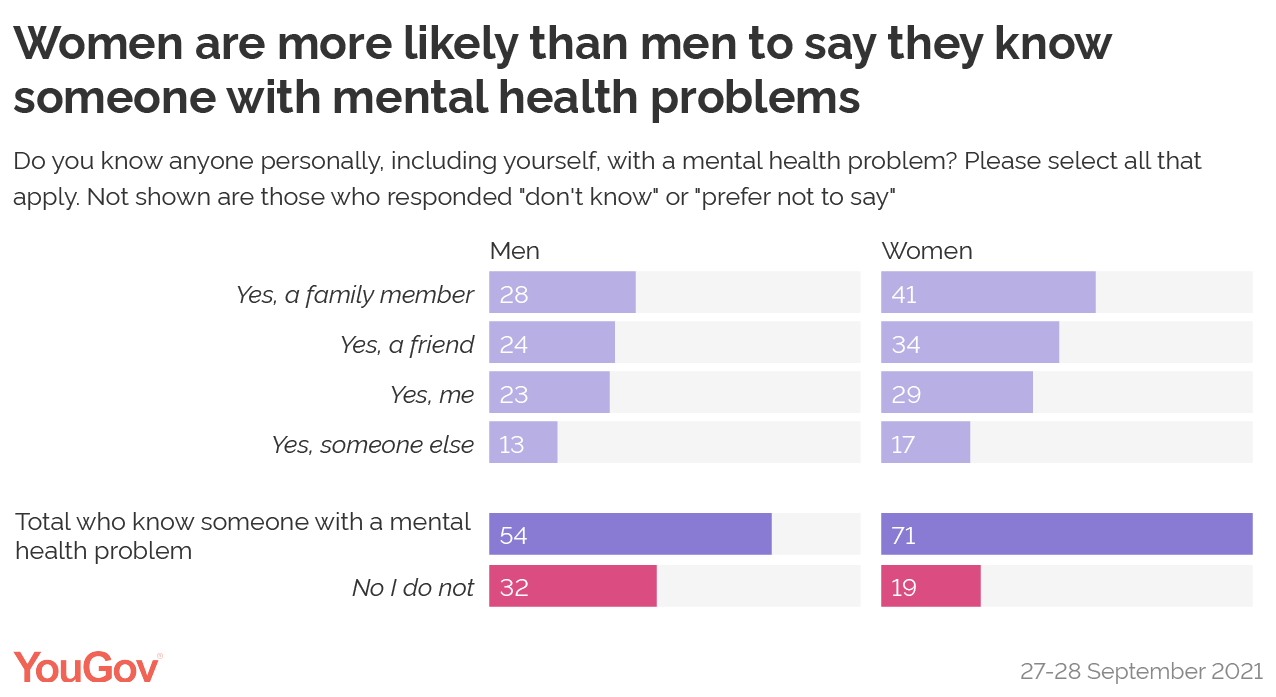 Men are also less likely to report having a mental health problem than women (23% vs 29%) and are more likely to deny knowing anyone else with such a problem (32% vs 19%). 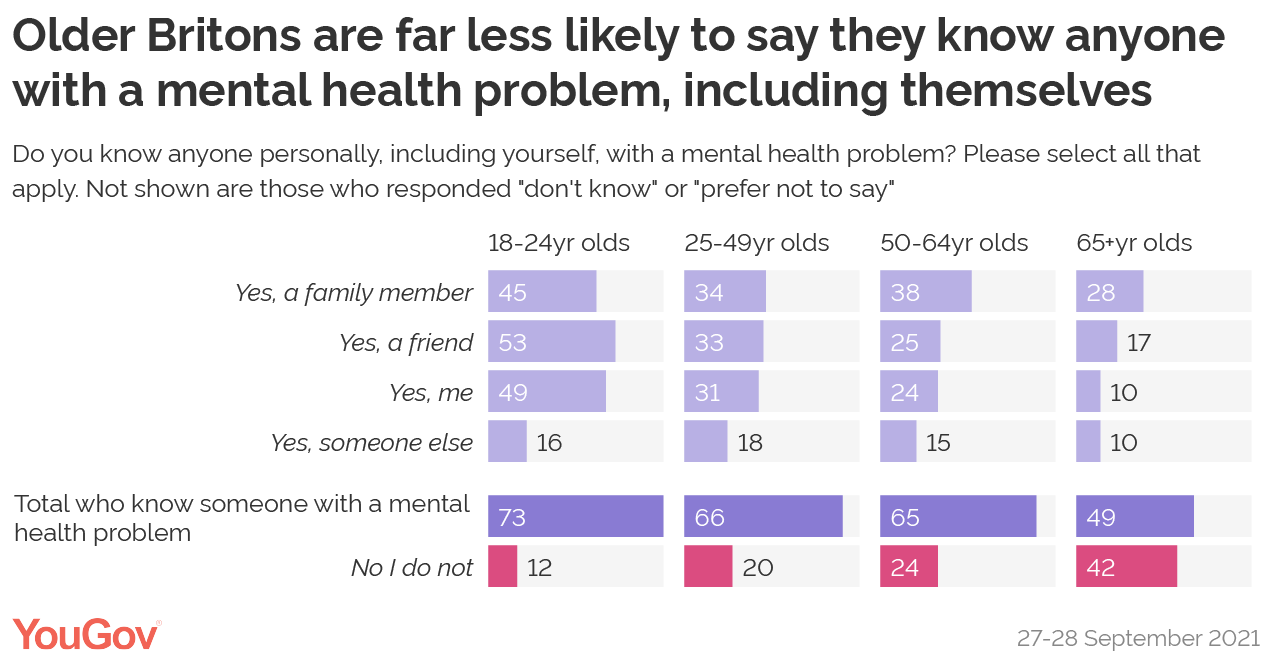 When it comes to helping out someone with mental health issues, four in ten Britons (39%) say they do not feel well equipped to do so. Men are particularly likely to feel this way, at 45% to 33% of women.

Despite the big differences we saw among age groups on knowing someone with mental health problems, the gaps on feeling able to help someone are much more modest. While a third of 18-24 year olds (33%) feel like they would find it difficult to help someone with mental health problems, this rises to 39% among the 25-49 and 50-64 age groups and 41% of those aged 65 and above.

Overall, half of Britons (53%) say they feel well equipped to support a loved one with their mental health, although only 9% feel “very well” equipped to do so.

If you are struggling with your mental health, you can call the Samaritans for free on 116 123 or contact them by email at jo@samaritans.org