Skelmersdale United coach banned for standing up to homophobic abuse 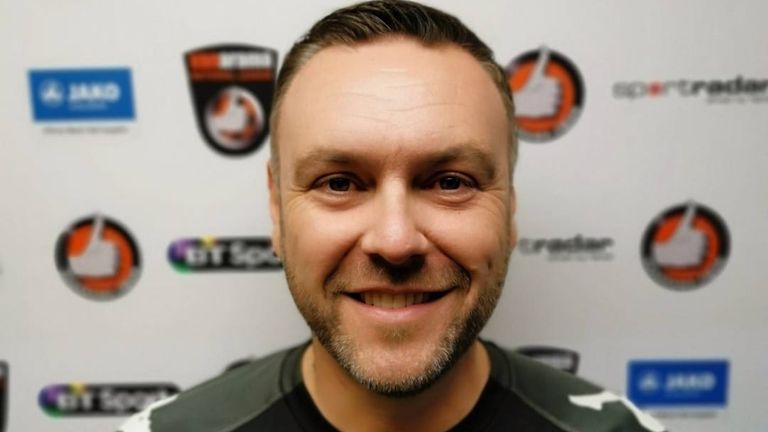 A youth coach has been left gobsmacked after being fined and banned from the touchline after standing up to homophobic abuse during a pre-season friendly.

Skelmersdale United academy manager Darren Wildman is set to appeal the decision but admits it has left him disillusioned and even considering quitting a game he has been part of as a player and a coach for 30 years.

The incident took place during a Skelmersdale U18s’ game in July when one of Wildman’s players was homophobically abused following a challenge just before half-time.

With Wildman and his fellow coaches hearing the abuse, it was immediately raised with the referee and the game temporarily halted.

After further discussions between the officials and both teams, Skelmersdale decided not to continue with the game following a players’ meeting – instead deciding to make a stand against homophobia.

But what has occurred since has left all connected with the football club disappointed as Wildman was charged with causing the abandonment of the game by the Liverpool County FA.

Wildman told Sky Sports News the subsequent disciplinary procedures undertaken against him over the last few months were “an unpleasant experience” which has seen his mental health suffer as a consequence.

“I was made to feel I was in the wrong for taking the players off and that the game could have continued,” Wildman said.

“The disciplinary process seemed to centre more around who actually took the decision to cancel the game and not the reasoning behind it.

“It’s really affected my mental health – I’ve been in and around the game for 30 years as a player and a coach but now I am considering whether I want to continue after this season or not.

“I don’t think it’s in my best interests to continue because both the County FA and FA in general have offered absolutely zero support over the past five months to myself, the player concerned or to the club as a whole.

“I’m just gobsmacked and unbelievably disappointed that both continually push out a mantra that they are tackling homophobia but when someone does actually stand up against it they are punished for doing so.”

‘We’ve been punished for doing the right thing’

Although Wildman and the club are going to appeal the decision, the coach says many of his young players have already been left disillusioned by the situation.

“As a club and coaches we try to provide and open and inclusive platform for young lads to grow as men as well as footballers,” Wildman added.

“But a few players have asked what’s the point in standing up for something if I am going to get punished for it.

“Some are also genuinely worried they are going to get charged as well because it was their decision so we’re constantly having to reassure them.

“But if anyone has to take a fall then I will do so because it was, and is, the right thing to do.

“I want these players to understand sometimes you have to stand up and highlight something to instigate change.”

“All reported allegations are investigated in accordance with The FA’s Rules & Regulations as well as the relevant authorities.

“As part of that process, we are not in a position to comment on individual cases which are ongoing, or subject to appeal.”